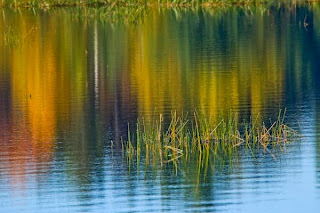 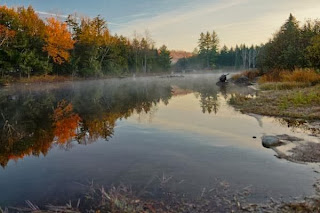 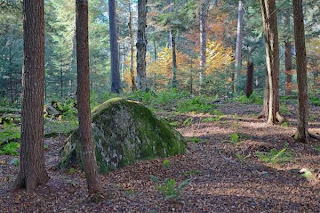 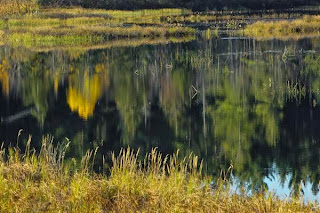 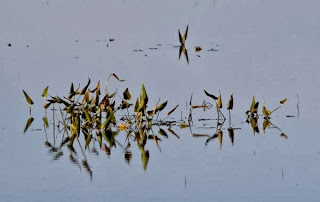 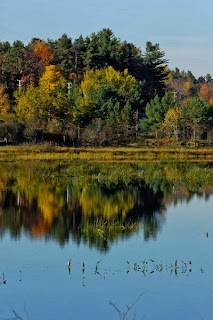 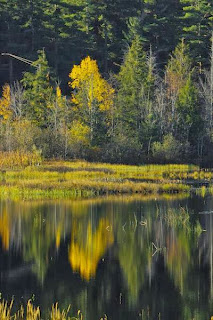 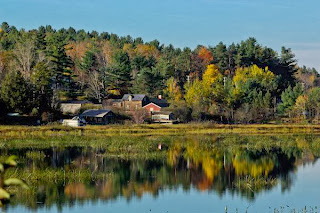 Posted by Chris and Christy Korrow at 9:47 PM 0 comments

Does time in nature increase generosity?

I'm about to head out and plant some garlic--but, first of all, thank you for your generous, generous contributions to Dancing With Thoreau. I've just returned from doing three interview on the East Coast. I thought you might enjoy this clip from Richard Ryan, PhD on how even an unseemingly insignificant encounter with nature can have quite an impact on us.

Posted by Chris and Christy Korrow at 9:21 PM 0 comments

His Holiness the Dalai Lama to appear in Chris Korrow's new documentary, Dancing With Thoreau 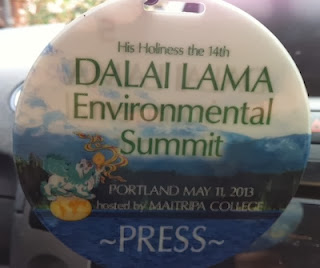 While I was granted a media pass and was able to attend and film both the press conference (and ask His Holiness a question), as well as the two-day environmental summit, I was told I would have to go directly through the Office of Tibet in New York to obtain permission to actually use the footage. After many emails, and submission of film clips and other documentation, today we received the note from Ngawang Yonten granting the permissions. It will be a tremendous honor, to say the least, to weave these clips of His Holiness speaking on nature and the environment into the film.

Thank you and stay in touch!
Peace and Blessings, Chris
Posted by Chris and Christy Korrow at 9:18 PM 0 comments

Email ThisBlogThis!Share to TwitterShare to FacebookShare to Pinterest
Labels: Dancing with Thoreau

CLICK HERE TO VISIT OUR INDIGOGO SITE
TO CROWD-FUND (YOU'LL RECEIVE A GIFT!):
A new film by Chis Korrow, creator of Garden Insects

Dancing with Thoreau will weave Chris's film footage and photography from dynamic natural environments across the country together with commentary from leading edge teachers, naturalists, farmers, scientists, spiritual leaders, and representatives of major religions as we explore these questions.
Climate scientists tell us we might be heading toward irreversible climate change, and so many of us do our best to “go green.” Through this film, we will define a different kind of environmental activism, one where we are “optimized through our encounters with nature” and our lives become more compassionate, successful, balanced and interesting as a result.

Some of the key subjects in the film are:

Perception and awareness.
The effects of nature on our mind and well being.
Laws of nature. (For example: sustainability and balance are not simply concepts, but actual laws that govern our existence.)
How color, sound, touch, and smell affect us.
Techniques to develop a deeper connection with nature.
Religious leaders who are embracing nature and its effect on our spirituality.
Gardening and agriculture as a way to reconnect with nature.
The importance of children spending time in nature.

Why I need your help:

While most feature documentaries need budgets of $100,000 or more, I am mostly self-funding this project because of the positive effects I’ve seen in people that have developed a stronger connection with nature and subsequently the importance of strengthening our society’s connection with nature. In the past, all of my projects have been self-funded, mostly through a farming income, a lot of creativity, and simple living.

My first two film projects were very successful. Garden Insects showed on PBS nationally for three years and Frost Flowers has shown for two years on PBS and is still being broadcast. PBS estimated that Garden Insects was viewed by about 2.5 million viewers.

I am raising $20,000 for overall funding for the film. Your contribution will be put toward travel to conduct the remaining interviews, post-production costs, stock footage for clips I could not possibly film, film festivals, and promotion. I have never really asked for monetary assistance before, but I cannot continue to support this work simply on my farm income.

This is why I’m asking for your help.

Who will appear in the film?

His Holiness The Dalai Lama
Jon Young (Author of What the Robin Knows, Coyote’s Guide to Connecting with Nature, and founder of the Wilderness Awareness School.)
David Suzuki (Author, activist and host of Canadian public television’s The Nature of Things.)
Stephan Schwartz (Senior Samueli Fellow for Brain, Mind, and Healing of the Samueli Institute, and a research associate of the Cognitive Sciences Laboratory of the Laboratories for Fundamental Research and a columnist for the journal Explore.)
Gunther Hauk (Author, and biodynamic beekeeper who appeared in the documentary Queen of the Sun.)
April Blair & Matthew Bibeau (Founders and teachers of Mother Earth School, a Waldorf-inspired all-outdoor preschool and kindergarten in Portland, Oregon.)
Denis Hayes (National coordinator of the first Earth Day when he was 25, one of  Time magazine’s “Heroes of the Planet,” and president of the Bullitt Foundation, founders of the Bullitt Center—the world’s greenest commercial building.)
Sister Adrian Hoftstetter, OP (Dominican Sister of Peace and author of Earth-Friendly: Re-Visioning Science and Spirituality through Aristotle, Thomas Acquinas, and Rudolf Steiner.)
Jeffrey Cramer (Notable Thoreau scholar and author of many books, including, The Portable Thoreau, Viking/Penguin, 2012.)
Richard Ryan, PhD (Professor of psychology, psychiatry, and education, University of Rochester. Lead author of “Vitalizing effects of being outdoors and in nature,” Journal of Environmental Psychology.)
Elizabeth K. Nisbet, PhD (Psychology Department, Trent University, Ontario. Researcher on individual differences in subjective connectedness with nature--nature relatedness--and the links with health, well-being/happiness, and environmentally sustainable behavior.)

So, how does nature connection benefit us in our everyday lives?

Here is some of what the film will explore:

Chris Korrow is a farmer, naturalist, photographer, filmmaker, and author. His film Garden Insects won three film festival awards and premiered nationwide on PBS. Frost Flowers has aired on PBS Kentucky for several years. Most recently, he has collaborated on a series of short films on food and local economy for the Whidbey Institute’s Thriving Communities effort, a series of conferences on community resiliency.

He explores the intersections between nature, agriculture, community, and spirituality through his media company, Breathe Deep Productions.

To find out more about his work, visit www.breathedeepproductions.com.
View additional film trailers and clips of Chris's work at his YouTube Channel, here.
Posted by Chris and Christy Korrow at 9:13 PM 0 comments 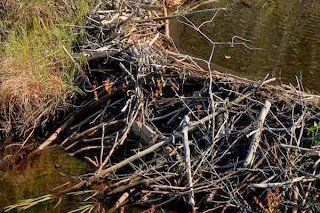 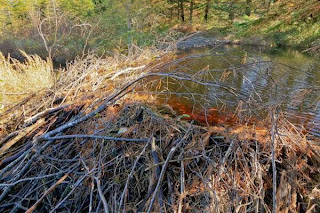 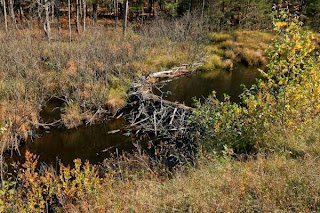 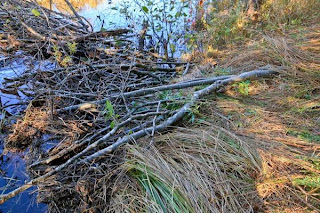 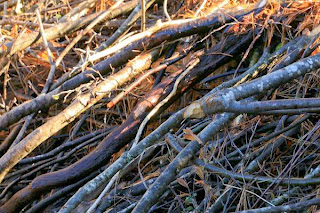 Posted by Chris and Christy Korrow at 10:00 PM 0 comments

While out interviewing Richard Ryan, PhD (Professor of psychology, psychiatry, and education, University of Rochester. Lead author of “Vitalizing effects of being outdoors and in nature,” Journal of Environmental Psychology.) and Elizabeth K. Nisbet, PhD, (Psychology Department, Trent University, Ontario. Researcher on individual differences in subjective connectedness with nature--nature relatedness--and the links with health, well-being/happiness, and environmentally sustainable behavior.), Chris stopped at Niagara Falls and fell in love with a ginkgo tree.

Look forward to more of his amazing images in his new film--Dancing With Thoreau! 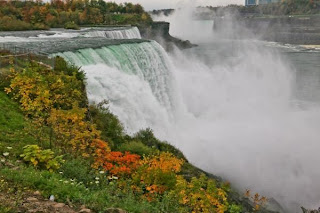 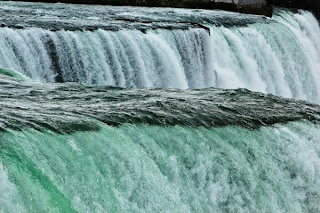 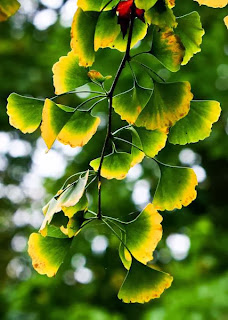 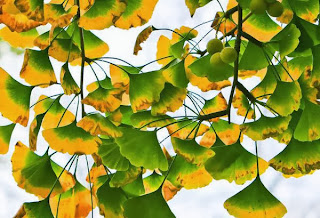 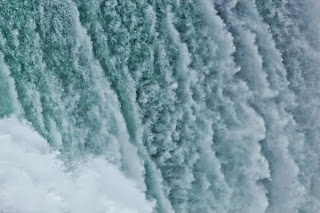 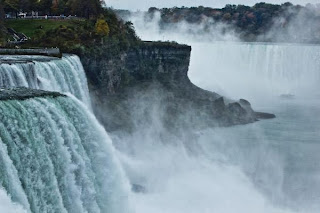 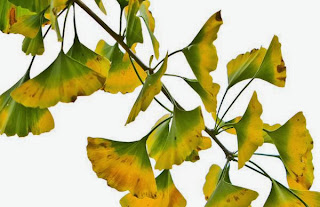 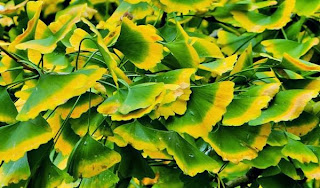 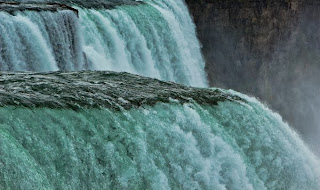 Posted by Chris and Christy Korrow at 9:36 PM 0 comments

Here are our suggestions for how to use the greens which are now being harvested and are for sale on the farm stand!

ESCAROLE
Considered a bitter green, don’t let that deter you. This is a mild green with FLAVOR. Chris’s mom was Italian, and she always made a traditional in Italian chicken soup, just chop the escarole and cook well. OR--slice head down the middle lengthwise, braise in a skillet with hot olive oil, serve with lemon, garlic, chopped walnuts and parmesan cheese.


SWISS CHARD
Great substitute for spinach in cooked dishes. Chop the stems and stalks, cook until soft before adding the greens to cook until tender.


COLLARDS
Like kale, it holds up well in hearty soups and stews. Delicate brassica flavor and nice texture. Cook well in a little water, drain. For a southern favorite drizzle bacon grease and a splash of vinegar or California style with olive oil, chopped garlic, and salt.


MUSTARD
Surprisingly light, but with a wonderful extra zing. Great in stir-frys combined with other veggies. Try adding a scoop of black bean paste. We like them well cooked in with a pot of beans (with ham or vegetarian).


KALE
Smoothie and massaged kale salad are our two favorite ways to eat kale. It holds up well in hearty soups and stews.

ARUGULA
Great in salads, or substitute for basil in your favorite pesto recipe then serve fresh on baked winter squash!
Posted by Chris and Christy Korrow at 9:28 PM 0 comments