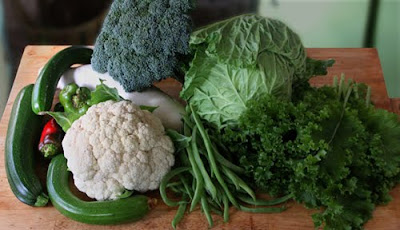 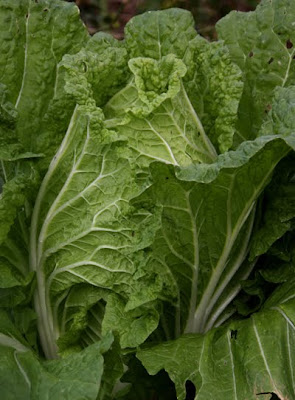 Chinese cabbage ... we make kim chee using a recipe from the Los Angeles Times. LA has the largest population of Koreans outside of Korea. 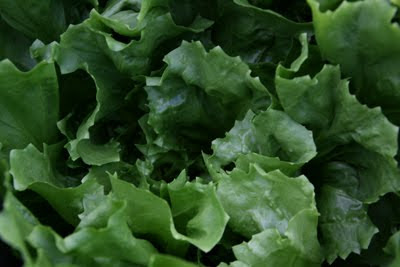 Escarole is so beautiful, and slightly bitter. Eat it shredded in salads, or lightly steamed with Parmesan and finely chopped garlic, Italian style. 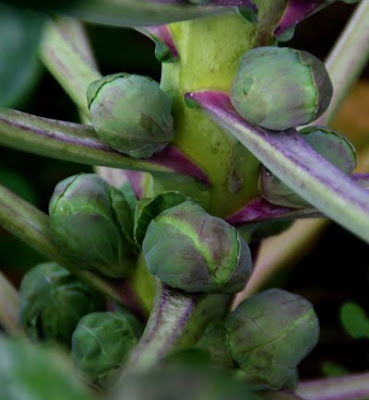 Haven't harvested these yet, but aren't they gorgeous?? Our friend Laurie picked us up a flat of plants in late August from a local nursery. These Brussels sprouts have thrived in the cool fall, with only light frosts. 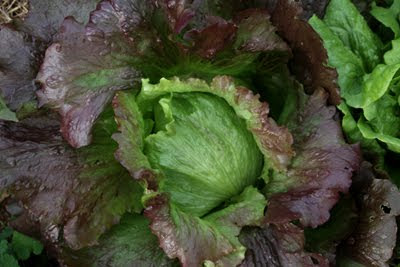 I hardly ever go a day without eating several cups of lettuce ... I love it!!!!
(Photos by Chris Korrow)
Posted by Chris and Christy Korrow at 5:55 PM 0 comments 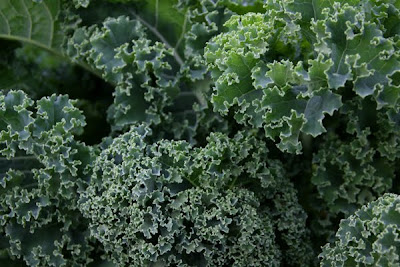 We love curly kale, isn't it pretty?
Thought I'd share what I’ve decided to bring to the Thanksgiving potluck we will be attending. Angela Leeds has a delicious kale and grape salad, it is drizzled with lime and garlic, and of course the kale is thriving in the garden this time of year. Angela has a website called The Live Green Smoothie Diet, where she posts lots of recipes, some are free and there is small cost to access the recipe a day section of the site (only $5 for one month access) but it is worth it, and a great way to support the work of someone who is developing healthy alternatives and original creative new ways to eat healthier (get in those five serving of fruits and veggies folks!), especially for parents trying to think of creative of ways to get kids to eat vegetables.
I am also going to make a raw, vegan Key Lime Pie from the book Sweet Gratitude (North Atlantic), my favorite recipe book of late. I’ve already made a trial run with the pie, and it is soooo good. We can use our home grown pecans in the nut-based crust. The recipes are entirely raw, packed with nourishment, with no compromise in flavor, texture or beauty (no whole wheat cakes, please!). Co-author, Tiziana Alipo Tambora, recently spoke at Café Gratitude's Monday Night Live, where she was a pastry chef (many of the recipes in the book were developed there). Her talk is online, and will inspire you to explore the realm of raw deserts if you haven’t already!

Posted by Chris and Christy Korrow at 6:00 PM 0 comments

Time to Prepare Your Garden for Spring 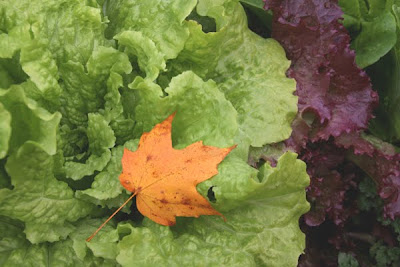 This is the perfect time to prepare a garden bed for spring, and Chris has written out easy instructions in his booklet, the 30 Square Foot Garden. The booklet is printed on 100% recycled paper, and costs only $5. It shows how easy it can be to get started in organic vegetable gardening. 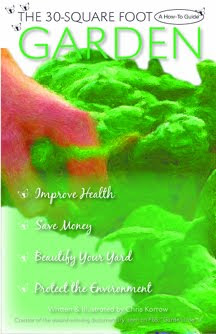 We have sold a few hundred of these so far, which makes us feel wonderful knowing that there will be a few hundred new gardens around the US! It would make a perfect and inexpensive Christmas gift! Don’t forget the Garden Insects dvd as another gift idea for gardeners or children!

Posted by Chris and Christy Korrow at 2:35 PM 0 comments 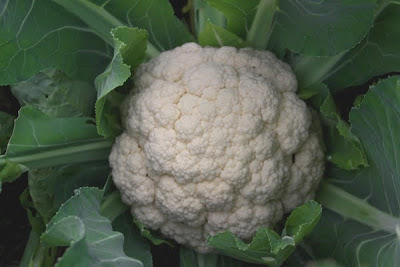 Give thanks for the beautiful cabbages and cauliflower in the fall garden. So much more than just vegetables, these are substantial foods. According to Rudolf Steiner, cabbages and cauliflower, the head of crowded flower buds, will support our lungs and heart. He bases this on the role that sun forces play in plant growth. Leaves grow up toward the sun, or rather, are drawn up by the forces of the sun, and the sun has a strong connection to our heart.

Cauliflower has developed past the leaf stage, to the blossom stage, although still closer to leaf than to fruit. Research done by Dr. Rudolf Hauschka using capillary-dynamic patterns shows that cauliflower, and also plants in the blossom stage, have been energetically “cooked” by the sun to their state of blossoming, or more eloquently put, ripening and warmth forces are infused into the plant at this stage from the cosmos, and thus needs only light steaming, or can even be eaten raw. Where as cabbage, still in the leaf stage, also affected by the heating affects of the sun’s warmth, can be brought to the state of raw cauliflower also with light steaming, or eaten raw. Cooked beyond light steaming, both foods tested as being “dead,” void of nutrients and enzymes, in other words, carried too far over into realms that equate to overripeness or rot in nature.

If left in the garden, and allowed to continue to grow own, the cabbage would eventually shoot up a stalk from out of its packed round layers of leaves, and the cauliflower, would unfurl itself into a million blossoms. Yet, even though they will never reach their potential, it does still exist, as Goethe described, in the archetypal plant, existing in completion, as an imprint, in “space” or the akashic realm. Each plant has its guiding spirit, and star to coax it toward its fulfillment.

So much we take for granted when we go out to the garden or to the shop and buy produce, often hurrying up with our chores, ready to rush home, pressured to make supper, worried about spending so much on groceries. For all of that “important” mind clutter, we miss out on the richness of participating in the experience of the life of a vegetable, which is so much more interesting, rhythmic, filled with contributions of fairies, gnomes, sylphs and undines, the beings of the four elements, who embody the elements, the “clay” who make these nourishing manifestations come about, grow in the dirt, sprout, blossom and even sometimes rot. A vegetative state of mind can be more enlightening than the cliché would lead us to believe.