On Obtaining Nutrients from Plants

THE DIFFERENCE BETWEEN OBTAINING NUTRIENTS FROM PLANTS AND ANIMALS

“There are no nutrients in animal-based foods that are not better obtained by plant-based foods.” —Dr. Colin T. Campbell

This is a surprising statement to many, but a basic study of nutrition shows that this is actually true. Both animal and plant foods contain essential nutrients required for human health, for instance, both contain fats, protein and calcium. But, once one analyzes the metabolism and subsequent function of nutrients from both sources, a marked difference can be observed between plant and animal-based foods as sources of nutrition. The scientific studies of Dr. Campbell have shown that, once metabolized, plant-based foods are the optimum source of nutrients for human beings for creating health, including an optimum source of protein. Though nutrients work in concert with each other, and not in isolation, we can learn a lot by examining the function of individual nutrients.

Protein: The research of Dr. Campbell and his associates showed time and time again how, even though animal protein is thought of as high quality protein, once metabolized, the function of animal proteins have the ability to foster the growth of cancer and the catalyze the formation of cholesterol. Whereas plant proteins showed the opposite—tumor growth was arrested in laboratory tests where animals with cancer were fed plant proteins, and those people who ate plant-based diets had low cholesterol rates—the data from The China Study confirmed these findings.

Fiber: One reason that plant-based foods are an optimum source for nutrition is the high fiber content. High fiber diets are correlated with lower rates of colorectal cancer. Meats and other animal products do not contain fiber. Though we do not produce the bacteria and enzymes to break down the molecules in fiber (as do ruminants), this unbroken down fiber remains in the intestinal lumen and performs important health-related functions in the body. Different fibers have different activities, for example, fiber will bind up unwanted substances such as chemical carcinogens, other toxins and bile acids, and remove them.

Fiber also we helps us manage the rates at which we absorb sugars and other nutrients into the bloodstream. As the body attempts to digest the fiber, more enzymes come in and this slows down the digestive process, thus metabolism is regulated, and nutrients enter the blood stream at a more controlled pace, will not spike blood sugar, etc.

Antioxidants: Evident in the beautiful colors in plants, antioxidants are manufactured by plants as a mechanism of self-protection to counter the formation of free radicals, rouge molecules which cause cell damage and are harmful byproducts of photosynthesis. Humans also generate free radicals as a result of aging, and exposure to agricultural chemicals and environmental toxins—to name just a few of the ways. Free radical damage can lead to many many diseases, ranging from cancer to cognitive disorders. But, unlike plants, we do not generate our own antioxidants. Meats, on the other hand, do sometimes contain small amounts of antioxidants if the animals has eaten plants and stored them. More significant though, is that meat and animal products actually “tend to activate free radical production and cell damage.” (The China Study, p. 219) Therefore, not only do animal products not aid us in the defense against free radical damage, they add to our free radical load. Clearly, plants can’t be beat for their generous doses of health-bringing antioxidants.

Based on people I have known, many who have adopted a vegan diet have done so for moral reasons, and may or may not have a strong interest in or understanding of health and nutrition. There is the likelihood of a vegan diet to be high in soy products and gluten based meat substitutes which have been shown to cause adverse health and digestive conditions in some people. There are no parameters indicating that a vegan diet should be primarily based in vegetables and fruits, therefore a vegan diet can include refined cards, sugars and processed foods, or it can mean a strictly plant based whole foods diet as described in The China Study.

On the other hand, those who adopt a plant-based diet, and who try to include a high percentage of raw fruits and vegetables in the diet, typically have a strong interest in nutrition. Many people have come to a plant-based diet because they had chronic health problems, did not get results with pharmaceuticals. In this case the plant-based diet is actually a therapeutic measure. And while the science in this course shows that an optimum diet would contain no animal products, there are no hard and fast rules. A person would ideally have the understanding of the nutritional values of the food they eat, and are therefore able to at least make an informed decision if they did decide to continue to eat meat in some capacity.

I can’t speak from experience, but I doubt there are many vegans who stay on an unhealthy vegan diet for the longterm, I would imagine that the results of the diets would manifest in low energy and possibly other health problems, which might prompt further exploration into nutrition.

So....what's next? Get eating and better yet, get growing! Chris has a nifty little booklet that only costs $5 called The 30 Square Foot Garden, it teaches you how to turn a patch of lawn into a patch of green edibles.

Posted by Chris and Christy Korrow at 5:22 PM 0 comments

Plastic step in fence posts $1 each

Posted by Chris and Christy Korrow at 7:26 AM 0 comments

This is part of an assignment for a course called Nutrition Fundamentals, part of a series of courses in Plant-Based Nutrition (nutrition as a science and a component of medicine, to both maintain health and prevent disease) authored by Dr. Colin Campbell, which I am taking through eCornell. Dr Campbell is Jacob Gould Schurman Professor Emeritus of Nutritional Biochemistry at Cornell University (wow!) and many people know Dr. Campbell for his seminal work, published as The China Study, considered the largest and most comprehensive study of health and nutrition ever conducted. What I love about the course is the data and science to back up every claim!

My motivation for taking this course is my desire to be able to communicate clearly the facts and science behind the health benefits of a plant-based diet.

My strategy for provoking interest in this topic is to first begin with myself, and lead by example, and eat a plant-based diet as the basis for keeping myself in optimum health. As many have already mentioned, it is detrimental to push new ideas on a person who is not open to them. Additionally, if that person is already in the midst of an illness, he or she is struggling with so much already, therefore it is best to always leave people free to make their own choices, and understand that we might not always know what is best for another, and to still treat him or her with kindness and compassion.

Alternately, to those looking for answers, a few of the most convincing arguments for adopting a plant-based diet as a way of bringing about health are: it’s inexpensive; no side effects; it’s scientifically proven; it not only benefits your health, but also the health of the world.

As Dr. Campbell stated, we are currently spending more in the US per capita on healthcare than any other country in the world. Yet, we are not getting better health for all of this spending. We have been using costly pharmaceuticals for the last 50 years, substances which can only provide us with short term benefits, as we can see from the continued increase in disease rates. There is no evidence that these expensive treatments are bringing disease under control, and in fact cancer, obesity, diabetes and heart disease are all on the rise.

Medical care itself is the third leading cause of death in the US (with prescription drug adverse affects accounting for 106,000--almost half according to the JAMA).

Adopting a plant-based diet is not a fad, there is substantial scientific data showing the progress of plant-based diets in not only preventing, but reversing advanced late stages of heart disease—an example of the power of the dietary effect. Though the scientific community resisted accepting this, it is no longer disputable that advanced cases of heart disease can be reversed. Data has also shown that in societies where a Standard American Diet has crept in, high in meat and processed foods, a simultaneous rise in the diseases of cancer, diabetes, obesity and heart disease has been evidenced. Diet is a proven risk factor for both cancer and diabetes.

Worldwide implications beyond your own health:

By adopting a plant based diet, you are not only doing something for yourself, you are doing something for others. There are environmental, economic and political and implications to large-scale industrial meat production—ranging from overuse of resources, pollution, and disenfranchisement of peasant cultures.

Taking responsibility for your own health can be a big step for some, though the rewards are great!

Posted by Chris and Christy Korrow at 11:12 PM 0 comments 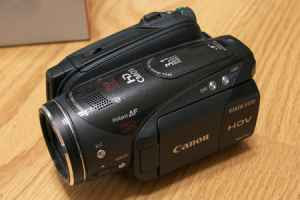 I've only used this as a second camera to my Canon A1 and as an occasional capture deck. In great shape, works great. 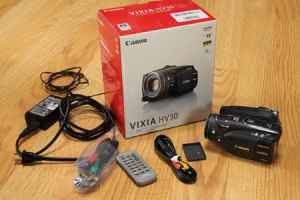 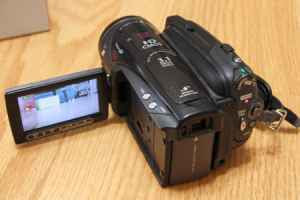 Posted by Chris and Christy Korrow at 5:24 PM 0 comments