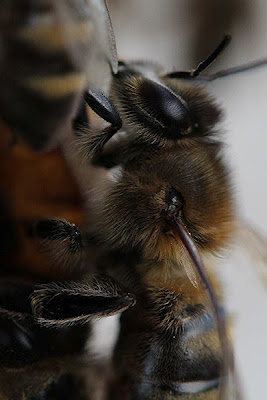 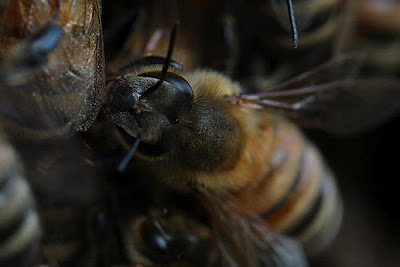 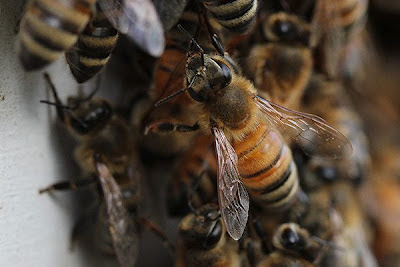 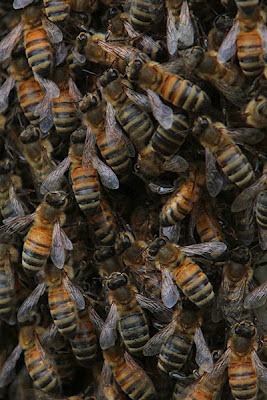 Posted by Chris and Christy Korrow at 1:30 AM 0 comments

After work on the day of the Summer Solstice, Chris innocently stopped to say hello to our friend Cary. She is the head gardener and volunteer coordinator at the Good Cheer Food Bank Garden. 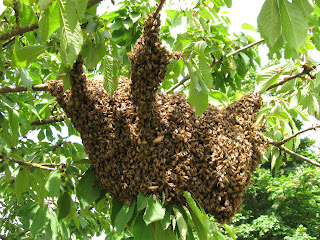 She pointed out that a huge swarm of honey bees had just landed in a nearby tree. 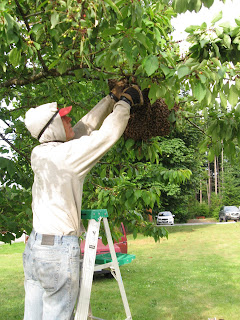 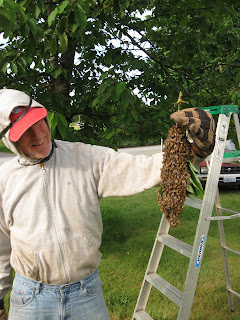 Chris was able to throw together a bee suit, and Cary had a spare hive body. 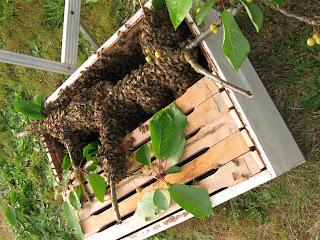 Once the branch was cut and the bees laid in the box, the rest of the swarm slowly made their way into the hive. 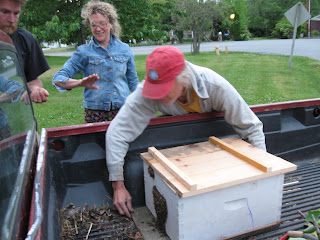 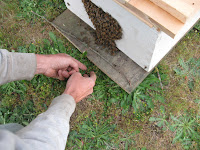 Friends patiently made sure each bee was safely inside. No one was stung! 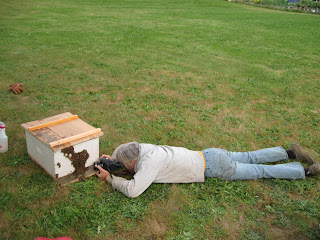 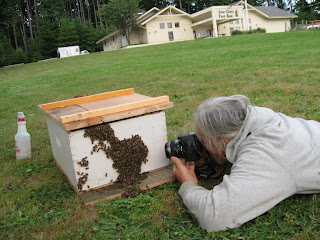 After the bees were safely captured, Chris made sure he got some close-up footage. Take a look at his pictures here. 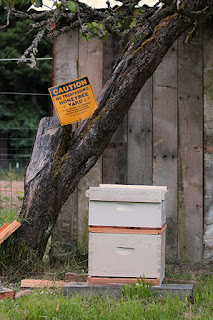 The bees were driven to their new home at the Langley Community Garden on the Anderson Farm.
Posted by Chris and Christy Korrow at 1:30 AM 2 comments

Update, April 2013--the book is at the printer and will be available in early May!

Chris is putting the finishing touches on his full color children's book, The Organic Bug Book (forthcoming from SteinerBooks). The book is based on his documentary Garden Insects and it is the story of his relationship with bugs interspersed with facts about insects.

The text has been through a final edit, and the last images are being converted to CMYK!

We will keep you posted as to the exact date of publication!
Posted by Chris and Christy Korrow at 7:32 PM 0 comments